Q&A with our Festival Director 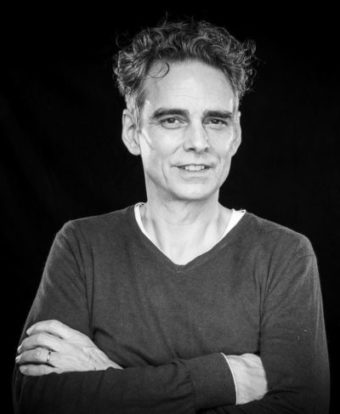 Get to know the mastermind behind the International Radio Festival as we quiz Darryl Von Daniken, Festival Director, about his organisation.

Beginning in 2010, the International Radio Festival is getting ready for its ninth edition, this time in Valetta, Malta's capital city, and the EU's capital city of culture 2018. Going back to its grassroots, what inspired the birth of the IRF?

It started off with a love for radio as a story-teller of music, coupled with the understanding of the strength of the medium as part of today's overall media mix. From thereon it set off on a journey of establishing itself as the first and only B2B and B2C event, solely for music radio content professionals – the on-air hosts, their producers, programmers, and the music industry.

It must have been a challenge to explain the concept to radio stations and persuade them to broadcast their show from a temporary studio in a foreign location?

Well yes, absolutely, which is ridiculous really considering that radio is so omnipresent and remains the world’s most consumed medium... Nonetheless, the experience for participants from the very 1st edition onwards, all the radio stations, conference speakers and the general public who listened or dropped in, was so unique, word of mouth ensured we never had a lack of interesting radios wishing to take part.

Why should a radio station take part in the IRF?

Well, the represents the first (and remains the only) B2B meeting of minds solely focused on music radio content and programming. It offers the opportunity for participants to knowledge share and network with industry leaders, as well as being able to share their IRF experiences with their listeners back home – in most cases live on-air – representing a special moment in broadcasting at any time.

Radio stations from all over the world are broadcasting to their listeners back home, it is assumed they will have to do this in English?

No, not at all, the IRF represents a showcase of global radio cultures, where all participants broadcast back to their home listeners in their own language, playing their usual tunes, jingles and if a commercial station, even their ads; making the IRF the United Audio of Broadcasting, ………… and the world’s largest on-air event.

How has the radio industry reacted to The International Radio Festival?

The radio industry is increasingly embracing what the IRF stands for and the unique experience it offers participants; eight years and nine editions are tantamount to that., and the feedback is incredible giving us a good sign that there is demand for a conference such as the IRF; a place to be when it comes to the narrative covering audio and music radio production .

What has been the biggest challenge you’ve had to overcome?

The medium radio/audio didn’t carry as much weight back in 2010, especially following the dot.com revolution, whereas today, in our over-digitalized, one-dimensional ‘fake’ world, it is gaining recognition in quantum leaps as the most authentic and sociable medium delivering the highest impact. And this will only increase as our aversion to digital increases. Let's not forget that radio is all about storytelling, something most if not all of us consciously experienced first in life - we are primed for radio.

The IRF has held editions in Zurich, Milan, London, next Malta... How do you decide on the location?

The IRF chooses its locations based on a number of parameters, starting with the host country’s affinity to the medium radio and music. Whilst our beginnings took place in Switzerland because we lived there, we quickly set our sights on countries where there was a much deeper cultural relationship with radio, hence our subsequent editions in London, Milan and this year in Malta which has one of the densest radio footprints in the world.

Another parameter is choosing locations with dramatic backdrops offering our international guests the unique opportunity for storytelling in order to share their IRF experiences with their listeners back home. This year, the backdrop to Malta’s capital city Valletta (EU’s cultural capital for 2018) can only be described as jaw-dropping in this case; an incredible location we are eager to return to every year.

Those who don’t, should! Music radio is all about personalities, and personalities generate audiences - not play lists.

Over the past 8 years, what have been the unforgettable standout shows and DJs?

Gosh, where does one start?! We've had the honour of showcasing incredible radios and programming. From small internet stations, to leading national broadcasters reaching 40mil+ listeners; social media double acts, to personalities who want to keep their faces hidden from the public; and pioneering radio pirates spanning three generations having ensured the medium always delivered the music of the moment, whether the establishment wished for it or not – so in answer, and to avoid any clichés, I’d like to say every one of our guests so far has been a highlight.

What’s next for the IRF?

Presently we are busy preparing for the IRF 2018 Malta edition at the end of October, and are keeping our focus firmly there. The B2B conference programme will feature an incredible line up of groundbreaking industry professionals, and a bumper schedule of international radio stations across all music entertainment spectrums. Watch this space.

Where will the IRF be in 10 years time?

Our goal is that we will be producing four continental editions per year by then; one each in Europe, Africa, Asia and the Americas, to truly unite these four manifestly important radio cultures.

Finish the sentence. The magic of the IRF lies in... celebrating the most sociable and authentic medium, radio.