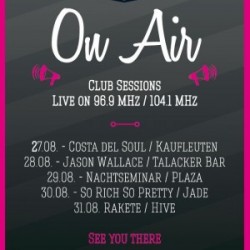 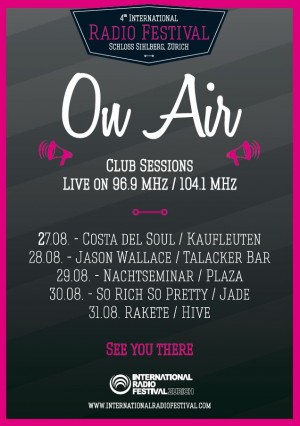 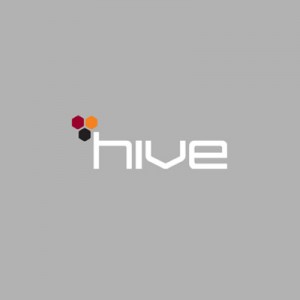 The warm-up programme of this year’s International Radio Festival, which hits the airwaves on Wednesday 4th September and goes on right up to Sunday 8th  September, is 100% worth both hearing and seeing. And if you tune in to FM 88.2 MHz / FM 95.7 Mhz, or click the IRF online radio player from the you’ll be able to hear the „IRF On Air Club Sessions“ which are being broadcast live from some of Zurich’s leading club venues.

Kicking off on Tuesday, August 27th the more than twenty years popular club night “Costa del Soul” in the prestigious Kaufleuten will be transmitted worldwide on-air for the very first time.

On Wednesday, August 28th the IRF Stream Team will invite listeners to the Talacker Bar – the hotspot for the young and trendy Zurich nightlife scene.

Thursday evening (August, 29th) is booked for the “Nachtseminar” at the Plaza Club in the hip Kreis 4 neighbourhood.

And if you’re not in Zurich on Friday, August 30th you still can enjoy the unique and exuberant vibe at the legendary “So Rich, So Pretty” party at the posh Jade Club – at least musically with the DJs Romain Saint Gilles (Paris) and Mark Ryman (London).

Finally, on Saturday, August 31st the „IRF On Air Club Sessions“ drops in at the Hive Club in Zurichs nightlife district Westend. For quite some time now the club night “Rakete” is considered something of the best what Zurich’s nightlife has on offer. By the way, the promoters of the party, the DJ/producer duo Animal Trainer will be presenting their very first own radio show at this year’s International Radio Festival.