Radio visionary, Gordon Mac, joins the IRF Advisory Board alongside other leading figures in the music and radio industry including Tony Price, Scott Cohen and Robert Kraft.

Known as the Godfather of Dance Music Radio, Gordon Mac is a highly innovative and successful entrepreneur with wealth of radio experience and knowledge – most recently having launched his new radio station Mi-Soul. Having carved out his career as the first person to succeed in taking a pirate radio station to legalisation in the UK, Gordon is the youngest ever Managing Director of a radio station and renowned for creating the infamous Kiss FM brand.

“I was deeply honoured to have been invited to the International Radio Festival last year and asked to join the IRF Advisory Board. It was the most refreshing industry event I’ve attended in many years, as it truly was an international festival.” Commented Gordon. “It was great to see the big corporations rubbing shoulders with the newer, smaller stations to discuss the issues and possibilities available to everyone. The positive collision of brands and ideas really made me feel that the radio industry is set to grow exponentially on the back of new technology and opportunities.”

Beginning his career as a DJ at the age of 12, Gordon cut his teeth working youth clubs, pubs, discos, Bar Mitzvah’s and even a wake! In the early 80’s Gordon presented the Drive time Show on pirate radio station JFM across London, until in 1985 when he set up pirate radio station Kiss FM, with George Power, Tosca and Pyers Easton.

Kiss FM was set up as a pirate station specifically to reflect the new dance culture among young people. Gordon and his team lobbied the Radio Authority and government to legalise the station and finally, in 1988, three licenses became available. To obtain a license, Gordon had to raise £3.5m, which he did by securing investors including EMAP plc, Virgin, Centurian Press, Cradley Print, Gordon himself and Kiss staff. Finally, in December 1989 he won an ILR (Independent Local Radio) license to broadcast Kiss FM legitimately in London. 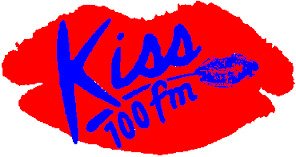 From November 1985 to November 1997 he was not only Managing Director of the station but also masterminded the establishment of the Kiss network, franchising Kiss 102 in Manchester and Kiss 105 in Yorkshire. Kiss FM London set itself a target of 1million listeners per week, which was achieved by year two and made Kiss the most successful new radio station.

Gordon also devised Kiss TV, which broadcast for an hour nightly, for nearly three years on satellite and cable television. With an ever growing number of viewers, it soon hit 2nd place behind MTV, which expanded the Kiss brand to a national audience.

In November 1997, when Gordon left Kiss FM, EMAP, who by this time had taken complete control of all shares, valued the company at £40m.

In 1998 The Radio Academy awarded Gordon the ‘John Peel Award for Outstanding Contribution to Music Radio’ where he joined a long line of successors such as John Peel, Kenny Everett, Richard Park and Chris Tarrant to name but a few.

Since leaving Kiss, Gordon hosted a weekly radio show on Choice FM, helped transform Colourful Radio creating a superb specialist DJ line up and implementing the music policy and DJs regularly at venues across the UK.

His latest venture Mi-Soul, which has just won it’s DAB license is the destination for everything Soulful, including Soul, House, Reggae, RnB, Hip hop, Jazz and even Jungle and Drum and Bass with an A-List team of DJ’s who respect the past, present and future of our music. The key team behind it also helped launch Kiss100FM, one of the most successful and enduring media brands in the UK.

Listen to Gordon Mac and Tony Prince talk about UK radio history at the 2014 edition of the International Radio Festival.

The 6th edition of the IRF will once again unite radio stations from around the world and showcase some of the best music programmes and formats, offering those tuned-in the rare opportunity to “Listen to how the World Sounds”. More event info will be announced soon.