The International Radio Festival is honoured to count the following radio and music industry luminaries to its Advisory Board. 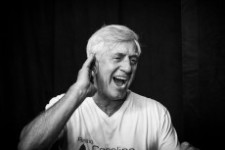 Tony Prince began his broadcasting career on the 60’s pirate ship Radio Caroline after which he joined Radio Luxembourg Europe’s largest, most successful radio station in 1968 remaining with the station until 1984 (becoming Programme Director in 1976).
In 1983 he launched the Disco Mix Club (DMC) the world’s first record label to exploit remixing production as the DJ art of the future.  With the additional inspiration of DMC’s success Tony went one further and founded Mixmag magazine, catapulting club DJ’s around the world towards their destiny as the music producers we know today; as if that weren’t enough, Tony’s latest audio project is the founding of United DJs featuring some of the most powerful names in radio broadcasting since the 60’s.
Tony Prince on his appointment to the Presidency of the IRF Advisory Board:

“There are challenging times ahead for radio, it’s very existence is on the line and the annual International Radio Festival is where we gather, focus and respond to market trends.  I am so honoured to be involved with the IRF and the hundreds of DJs and stations involving themselves each year with this incredible event.  As we enter a new phase in Marconi’s amazing wireless invention, where because of the internet there is no longer such a thing as local radio, the IRF presents radio as the world hears it!”.
More on Tony Prince 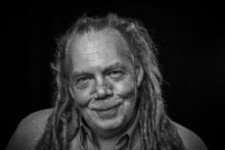 Gordon Mac. Known as the Godfather of Dance Music Radio, Gordon Mac is a highly innovative and successful entrepreneur with wealth of radio experience and knowledge – most recently having launched his new radio station Mi-Soul. Having carved out his career as the first person to succeed in taking a pirate radio station to legalisation in the UK, Gordon is the youngest ever Managing Director of a radio station and renowned for creating the infamous Kiss FM brand.

“I was deeply honoured to have been invited to the International Radio Festival last year and asked to join the IRF Advisory Board. It was the most refreshing industry event I’ve attended in many years, as it truly was an international festival.” Commented Gordon. “It was great to see the big corporations rubbing shoulders with the newer, smaller stations to discuss the issues and possibilities available to everyone. The positive collision of brands and ideas really made me feel that the radio industry is set to grow exponentially on the back of new technology and opportunities.” says Gordon Mac. 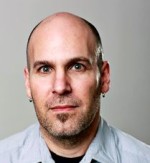 Scott Cohen. Co-Founder of The Orchard in the 90’s, subsequently sold to SONY Music, and today working as Warner Music’s Chief Innovation Officer, Scott is a prominent public speaker and lecturer, travelling the world evangelizing new business models for the digital age. An outspoken proponent of AR, VR, Blockchain and AI, he is also the co-founder of CyborgNest, a company exploring the interface of biological and digital intelligence. Scott sits on the boards of several cutting-edge companies, and did you know he is a Cyborg?

“Radio is ever evolving.  It is more than transmitting music over airwaves and much deeper than online playlists.  Radio is at a historic crossroads and The International Radio Festival is the place the discussion begins,” says Cohen.

“I am thrilled to join my esteemed colleagues on the International Radio Festival Board. Music radio is a fundamental part of the media landscape, with a rich past and a brilliant future,” says Kraft.

James Cridland, Radio DnS. Radio futurologist & Managing Director of Media UK. He was the Digital Media Director for Virgin Radio in London in 2001; in 2007 he joined the BBC to work on the BBC iPlayer for Radio; also worked at PURE, Audioboo, UK Radioplayer. He is a trustee of the Radio Academy.

“Last year’s Festival was incredibly enjoyable, and I’m delighted to be playing more of a role this year. The International Radio Festival is where great radio people come together to talk music and creativity: I’m really looking forward to helping shape another great event that looks to the future,” said Cridland.
Watch James talk about Music Radio here

Maarten Brouwer is a social media entrepreneur focussing on media development in multiple urban African areas. His ambition to support in new urban Africa media initiatives has resulted so far in a successful Kenyan station for ghetto youth: Ghetto Radio. He has initiated a pan-African platform ‘thisisafrica’, right now a top-notch media company in revealing news, insights and radio facilities from and about the African urban industry. Maarten is a music expert when it comes to African pop culture and teaches on Universities and Seminars about African musical development and urbanisation. 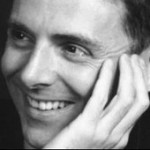 Ramsey has authored two radio industry bestsellers, Making Waves: Radio on the Verge and Fresh Air: Marketing Gurus on Radio. His blog at Mark Ramsey Media is among the most popular in audio entertainment and information industry, and he is a popular speaker at radio and related industry events.

Ramsey is a Research Fellow with Coburn Ventures, change consultants to some of the world’s largest companies. He also serves on the board of the Broadcast Film Critics Association, the producers of the Critics’ Choice Movie Awards and Critics’ Choice Television Awards, both broadcast live on A&E.

In 2013, Ramsey created the first-ever audio future festival, hivio, which debuted with more video impressions and social media engagement than all other audio industry events of the year combined, and 2014 saw Ramey launch the audio podcast Media Unplugged with branding authority and celebrated author Tom Asacker. Each episode dissects what’s happening in the media and breaks it down so we can understand what’s really happening beneath all the hype and fury. Ramsey has appeared on MSNBC, VH1, and E!

Joe earned his Bachelor of Arts in History from the College of the Holy Cross and an MBA from Columbia University in Finance and Media Management.

JP Bommel, MD/COO of NATPE,  is as an entertainment industry connector at the intersection of content and technology. His career in music and tech industry spans over 20 years with executive roles at BMG, EMI, Sony, Qwest and Reed MIDEM. During his music industry career, JP developed global marketing plans for iconic talent such as Tina Turner, the late Etta James,  as well as emerging talent. Later on, in a visionary role, he directed Qwest Communications to leverage the power of the rising internet and launched Qwest “anywhere anytime”. A trusted advisor to the media and entertainment industry, JP presided over the Media and Entertainment think-tank  (MENG) and produced executive briefings summits for a selected group of media executives. and is an associate member of NARAS (Grammys.)

Nikhil Shah is the co-founder of mixcloud.com, the worldwide successful online radio streaming platform. Over the past 5 years he has helped lead the growth of the company from a couple of guys in a warehouse in Wembley to the world’s biggest community of DJs and radio talent, reaching over 10 million people a month. He is also a DJ and runs electronic music record label ManMakeMusic. Says Nikhil “We have been partnering with the IRF since its first year in 2010, and I am delighted to be able to join the IRF’s illustrious board. The IRF represents an essential hub bringing together some of the best on-air radio content from all four corners of the world”. Nikhil is also behind ORA, the Online Radio Awards, launched  together with the International Radio Festival in 2014. 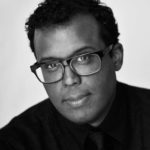 Cliff Fluet joined Lewis Silkin LLP as a Partner in April 2006 after a decade as in-house counsel in the music and broadcast industry and founded its market-leading Digital Media & Brand Entertainment group. He was Head of Business Affairs at Warner Music and General Counsel and Company Secretary for Capital Radio plc. He acts for some of the world’s largest names in mobile, brands, talent, recorded music, mobile, live music, radio, audio-visual production and online. Cliff is also the founder and Managing Director of Eleven, a business advisory and corporate finance firm working with disruptive business models in the world of Digital Media, Film and Sport where he advises large corporations, brands and investors on digital innovation and works with start-ups at the cutting edge of music and technology, especially in the realm of the Sharing Economy, Social Video, Internet of Things, Artificial Intelligence and Blockchain.

Dominique Leguern, Leguern is a respected music industry global figure, having headed up the largest international music industry market MIDEM for over 12 years. She co-founded Virgin records France, a subsidiary Richard Branson’s Virgin Group where during 11 years she worked with international artists  such as Peter Gabriel, Lenny Kravitz, Pink Floyd, and Stevie Wonder, and mixing up music with fashion whilst collaborating with Jean Pierre Jeunet, Philippe Gautier, Jean-Baptiste Mondino, and Stephen Frears. Dominique was awarded twice with the French cultural award “Knight of the Order of Arts and Letters” given for outstanding achievements in the arts by the Minister of Culture.